Here it is, the rare non-clarinet post.  Last weekend, I dropped by The International Horn Symposium where they were attempting to break the Guinness World Record for the most horns in an ensemble.  The goal was 1000 horns.  They estimated that there were actually closer to 600 people there but they did still break the record. 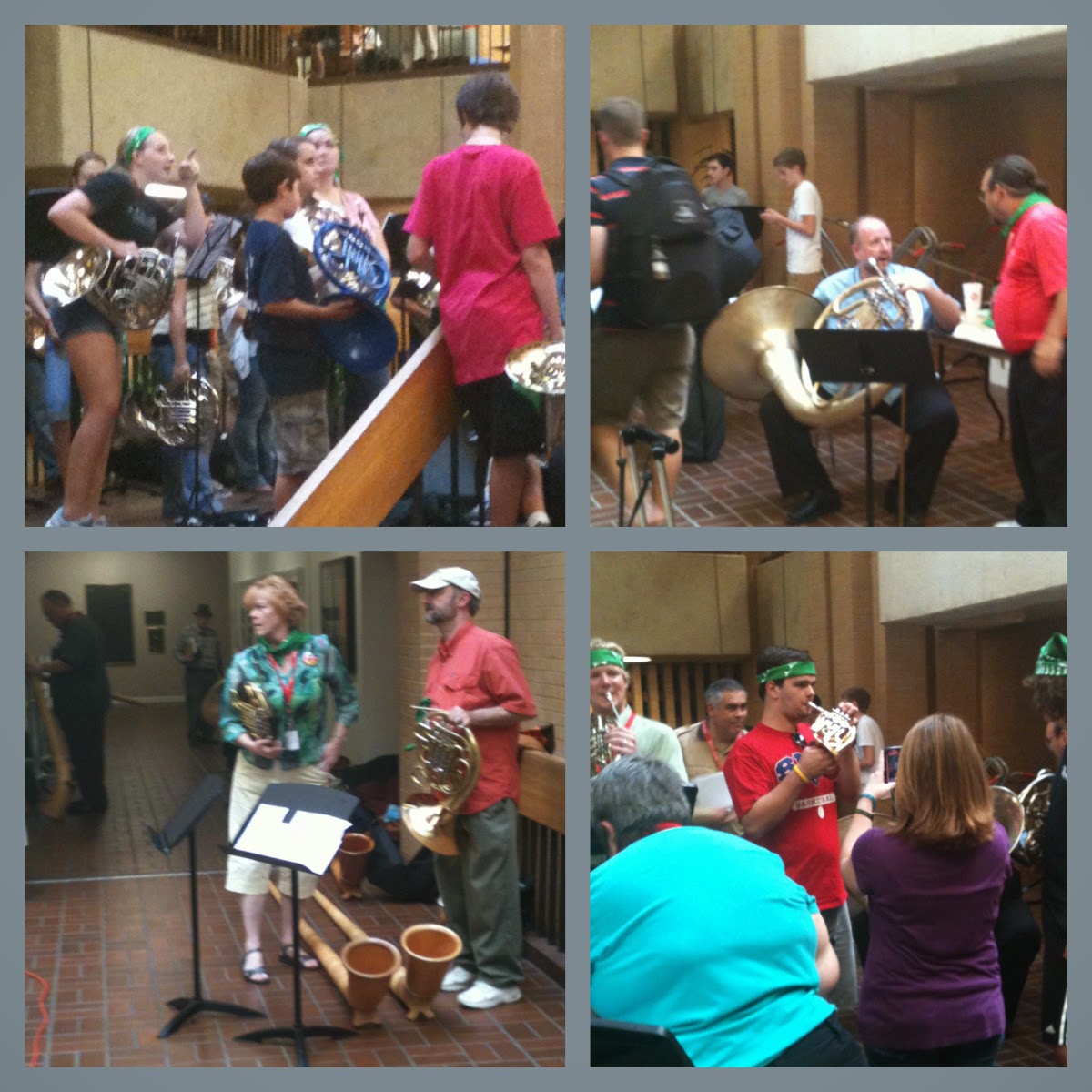 Horns of all shapes, sizes, and colors were present and spread throughout the three story student union on the campus of The University of North Texas.  It was LOUD! I took video with my phone it’s almost more than my poor phone can handle to play it back. 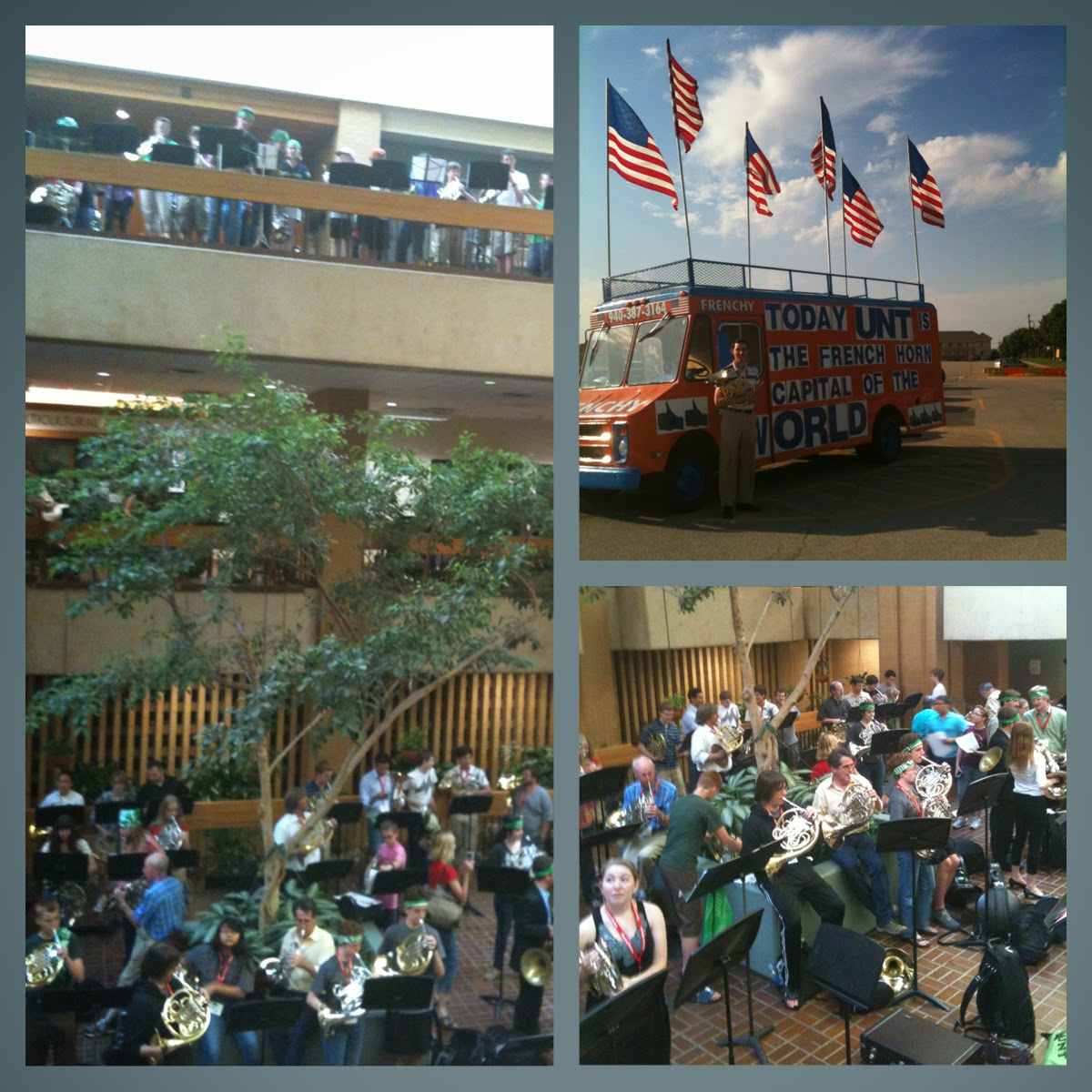