The second day of the symposium ended up being even busier that the first!  We kicked the day off with a recital featuring Dawn Lindblade, Brad Behn, and Lee Livengood.  Dawn played Hovhaness’ Lake Samish for Violin, Clarinet, and Piano while Brad and Lee played both Glazunov’s Entr’acte from Raymonda and Bill Douglas’ Suite Cantando. The Bassoon part from the Suite was performed on bass clarinet.

Elsa Verdehr’s master class was immediately after.  She prefaced the class by talking about some of her goals, the main one being that she would like more of the repertoire that has been commissioned for the Verhehr Trio to be performed more often.  This was the idea behind her “Tasting Menu” program that was discussed in the previous post from yesterday.  You can check out their extensive repertoire on their website.  Her master class featured a variety of topics including edition preferences, tempo relationships, and incorporated some of the teaching styles of both Harold Wright and Stanley Hasty.  She also has an excellent sense of humor and was a delight to watch perform and teach. 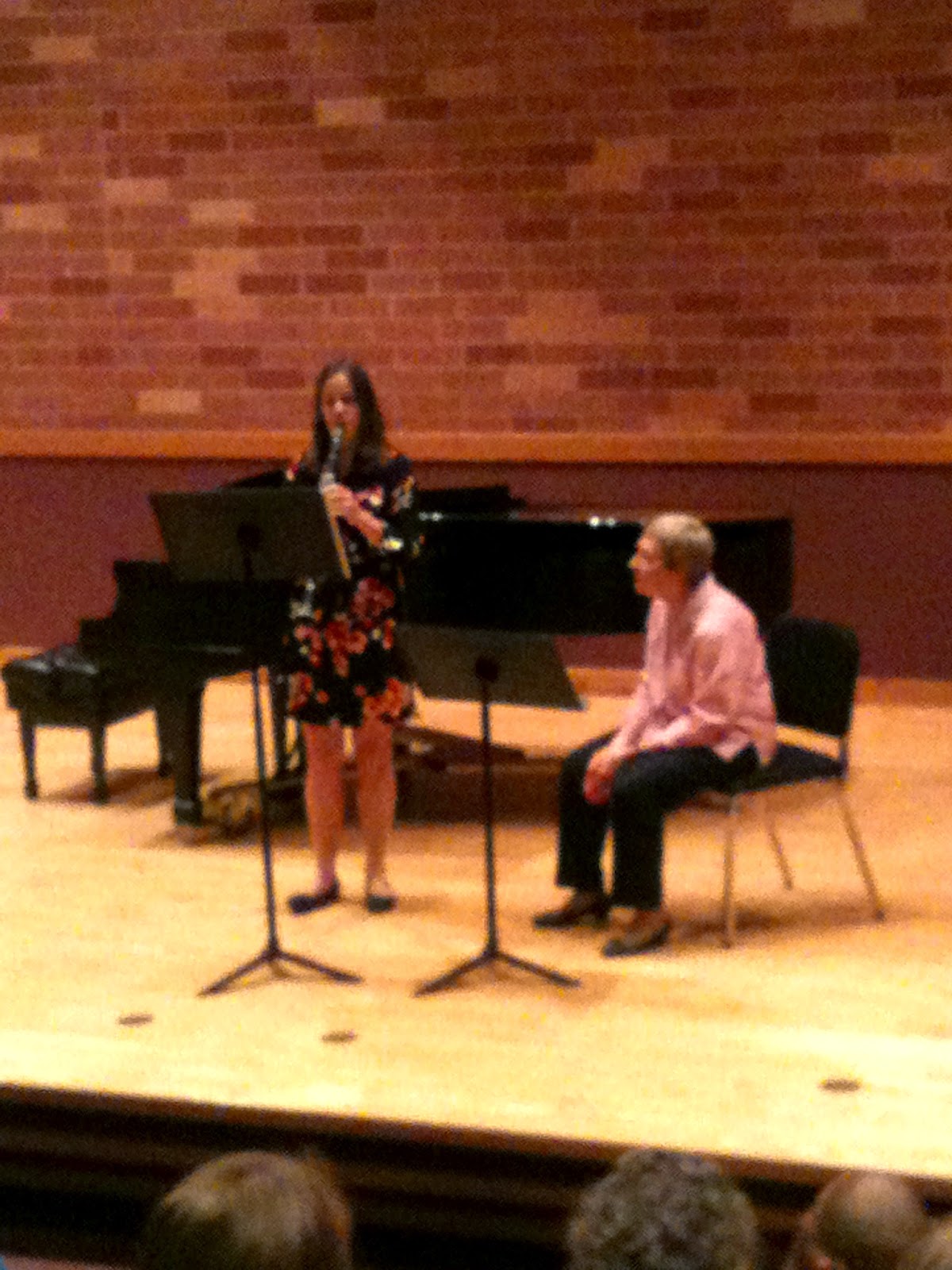 After a nice lunch at Cafe Plaid, we resumed with a recital performed by Boris Allakhverdyan who recently won the Metropolitan Opera audition.  He’s a phenomenal performer and it was a fantastic recital.  On the program was Giampieri’s Carnival of Venice, Tchaikovsky’s Nocturne from Six Morceaux, Stravinsky’s Three Pieces, Debussy’s Premiere Rhapsodie, Gershwin’s Three Preludes, and Dinicu’s Hora Staccato.

David Etheridge’s tribute recital was extremely emotional.  Many of his former students and colleagues returned to reminisce about David and past symposiums and to also perform in his honor.  Francois Kloc from Buffet Crampon awarded a full scholarship to a deserving OU student in memorial of David.  Buffet also hosted the reception following the recital providing a wonderful dinner for everyone to socialize. 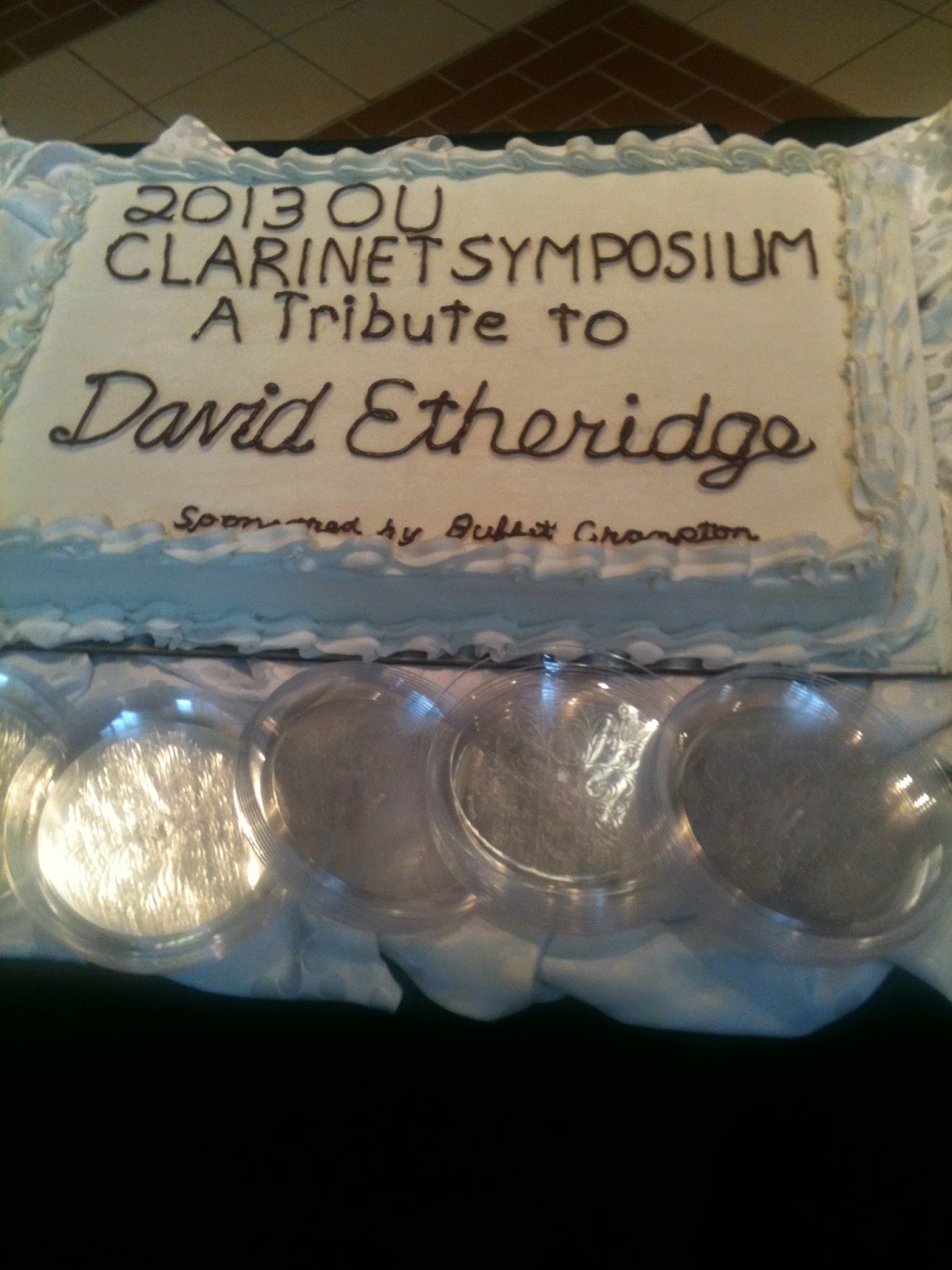 Following the reception, we were treated to a beautiful performance by Greg Raden who was assisted by Jared Davis.  On the program was Finiz’s Five Bagatelles, Karg-Elert’s Sonata, Widor’s Introduction and Rondo, Mendelssohn’s Konzertstucke No. 1, Schubert’s Wandrers Nachtlied and An den Mond, Weber’s Grand Duo Concertant, and an encore of Victor’s Tale from the movie The Terminal.  An exciting way to end a great second day!

This post ended up being much longer than intended so I’ll post part III tomorrow.
Labels: Clarinet OU Clarinet Symposium